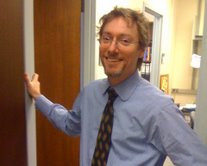 Dr. Gottfried obtained MD and PhD degrees from New York University, and subsequently completed a neurology residency at the University of Pennsylvania. In 2001 he received a Physician-Postdoctoral Fellowship Grant from the Howard Hughes Medical Institute, giving him an opportunity to work with Prof. Ray Dolan at University College London, where he launched his work on the neural organization of human olfaction. Between 2004 and 2017 Dr. Gottfried was a faculty member in the Department of Neurology at Northwestern University, continuing his research program on odor information processing in the human brain. In July 2017 he moved to the University of Pennsylvania, as the Arthur H. Rubenstein Professor of Neurology and Psychology and a Penn Integrates Knowledge (PIK) University Professor. His current research program spans a multidisciplinary range of approaches, including olfactory functional imaging in human and mouse subjects, intracranial EEG recordings in epilepsy patients, and immunohistochemical characterization of the human olfactory system. His favorite smell is shiso leaf and his favorite superhero is Plastic Man. Naz received her undergraduate degrees in Biomedical Engineering and Applied Mathematics. For her doctoral work, she studied the laminar and cell type specific functional properties of gustatory cortex neurons using extracellular recordings under the mentorship of Dr. Alfredo Fontanini at Stony Brook University. She joined Gottfried lab at UPenn as a post-doctoral researcher in the summer of 2017. She is interested in context-dependent olfactory perception and studying the neural mechanisms that mediate such dynamic interpretation of olfactory stimuli. She will be using multisite intracranial EEG recordings in human subjects as well as electrophysiological and pharmacological approaches in rodent models to address these questions. Her favorite superhero is Mary Poppins and her favorite scent is that of her grandmother’s detergent. 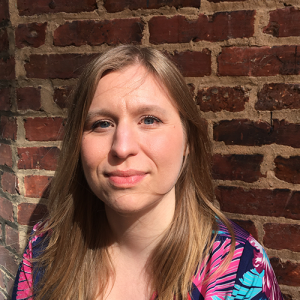 Sarah received her undergraduate degree in Biochemistry and Psychology from Northeastern University. After college, she worked as a research assistant at the Harvard Vision Sciences Laboratory studying working memory and action perception with Dr. George Alvarez and Dr. Ken Nakayama. She earned her PhD from Johns Hopkins University in the lab of Dr. Jason Fischer researching how people perceive, describe, and mentally represent real-world odors. She spends a lot of time thinking about how we extract a coherent impression of the world from an ever-changing sensory landscape. Our experience of odors unfolds over time, often interacting with our other senses as well as higher-level cognitive abilities. As a postdoc in the Gottfried Lab, her work will use intracranial EEG recordings from human subjects to understand the neural underpinnings of our dynamic olfactory experience. Her favorite smell is pear and her favorite superhero is Bender the robot from Futurama. 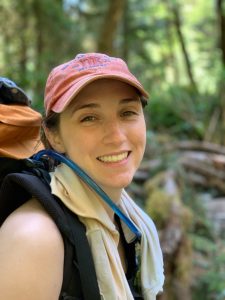 Brianne received her undergraduate degree in Neuroscience from the University of Rochester. She then completed a Master’s degree in Food Science and Technology (with a sensory science focus) under Dr. Chris Simons at Ohio State, during which she studied oral texture perception. Following this, she spent time as a graduate research intern at Coca-Cola where she worked on flavor related projects in Global R&D leading her to develop an interest in flavor chemistry and a desire to strengthen her understanding within this space. In 2018, she returned to the Ohio State Food Science department to pursue a PhD with joint focus in flavor chemistry and sensory perception co-advised by Dr. Simons and Dr. Devin Peterson and completed her dissertation on characterizing chemical compounds contributing to coffee mouthfeel. After spending time focused on the chemistry side of flavor, she is excited to now complement this learning by conducting research on the cognitive aspects of flavor and olfaction during her post-doc in the Gottfried lab. Her two favorite smells are the smell of freshly cut grass and the smell of fall. 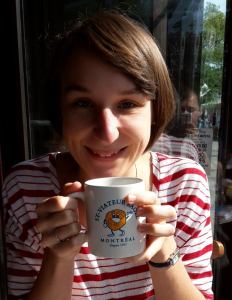 Clara earned her Bachelor of Science Degree in Psychology from Marburg University, Germany. During her undergraduate studies, she visited Dr. Dana Small’s lab where she investigated the effects of artificial sweeteners on the brain's response to sweet taste. To follow up on her interest in the chemical senses, and to learn more about neuroimaging methods, she completed a Research Masters in Cognitive Neuroscience at Maastricht University, The Netherlands. Under the supervision of Dr. Anne Roefs, she wrote her master’s thesis on the effects of calorie expectations on nutrient metabolism and brain activity. In August 2018, Clara joined the Gottfried lab to pursue her PhD, during which she will investigate human olfaction using fMRI. Her favorite smell is that of home, and her favorite superhero is Disney’s Mulan. 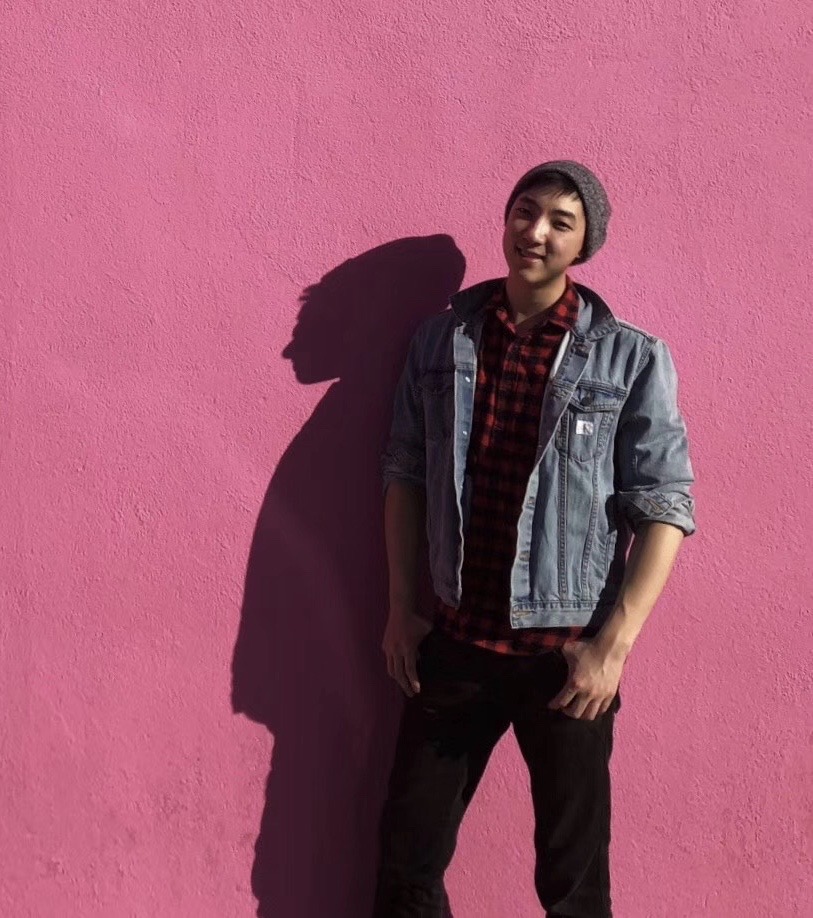 Ludwig received his Bachelor of Science degree from UCLA in electrical engineering, with specializations in both computer and biomedical engineering. During his undergraduate studies, he explored a wide array of research interests, including MRI studies for multiple sclerosis at Cedar Sinai with Dr. Nancy Sicotte and the development of self-assembly nanoparticles for novel semiconductor devices with Prof. Paul Weiss. Intrigued by all these past experiences, he is interested in bridging the engineering field with neuroscience in clinical settings. After his undergraduate study, Ludwig pursued his graduate degree at Columbia University to develop aptamer-based nanobiosensors, aiming to trace single neurotransmitter molecules in the brain. In May 2020, Ludwig joined the Gottfried lab to continue his Ph.D. study, where he will primarily investigate the olfactory system using different MRI methods. His favorite scent is lavender. His favorite fictional superhero is Wonder Woman, but in reality, that would be his parents. 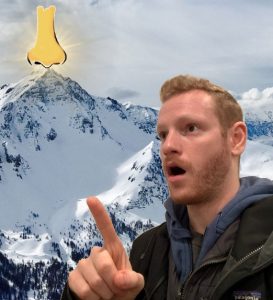 Sam received his BA in psychology from George Washington University with minors in statistics and Spanish. His undergraduate research examined the interactions among culture, emotion, and health. After graduating, he joined the lab of Drs. Lisa Feldman Barrett and Karen Quigley, where he used neuroimaging and psychophysiology to study the fundamental nature of human emotion. During this time, Sam also developed a deep passion for wine and obtained a 4-year WSET Diploma. This led to his current interest in the neuroscience of human olfaction, and he joined the Gottfried lab in May 2021 to pursue his PhD. Sam is particularly interested in developing an embodied active-inference approach to olfactory categorization using fMRI and psychophysiology. His favorite smell is free wine, and his favorite superhero is Eeyore from Winnie the Pooh. 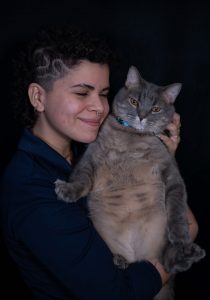 Paola received their undergraduate degree in Wildlife Management in the University of Puerto Rico Humacao campus. During their undergrad years they worked with different research projects in Evolution and Ecology utilizing computational tools. Their involvement in neuroscience research and first experience arises from working at MIT using deep learning tools to test how accurate and unbiased a Visual Cliff Assay model can be used for detecting, quantifying, and tracking recovery from amblyopia commonly known as "lazy eye". In the Gottfried lab, Paola intents to focus on expand their understanding of the brain's learning and memory process utilizing the olfactory system as a medium. Their future career goals are to create a safe space in science education for diverse latinx, fellow queer and multicultural people. Their favorite superhero is probably Baymax and two of their favorite smells are of their cat Kirito and salted caramel ice cream. 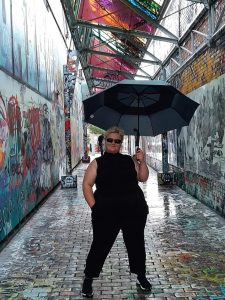 Golara obtained their Bachelor of Arts degree from Oberlin College in Neuroscience with minors in Economics and Chemistry. In Dr. Christopher Howard’s lab, using optogenetics and photometry, they developed the ideal task within the response-deadline decision-making paradigm to understand and provide critical insight into the neuronal mechanisms underlying time encoding. In Dr. Monica Mariani’s lab, Golara studied the activation status of microglia around injected amyloid-beta in a female rat model of menopause with drug treatment to reduce luteinizing hormone levels. Currently, Golara profiles how neurodegenerative disorders alter the distribution of human odorant receptors throughout the olfactory epithelium and bulb. In the future, they hope for a career in improving olfactory diagnostics for neurodegenerative disorders. Their favorite superhero is All Might, and their favorite smell is cardamom.

Melanie received her Bachelor of Arts in Psychology from Temple University. During her undergraduate years she interned at Burke Neurological Institute and succumbed to the research bug. Since then, dreams of becoming a scientific illustrator were abandoned, however, the occasional book cover commission successfully entices her. Post grad she was hired as a research technician at BNI and worked in Dr. Willis’s Laboratory for Axonal and RNA Biology research. Some of her work during this time consisted of fabricating and utilizing axon-isolating microfluidic devices, refining new behavioral tests for a recently developed transgenic rat model and teaching high school and undergraduate students. In the Gottfried Lab, Melanie analyzes how certain neurodegenerative disorders effect the distribution of odorant receptors within the human olfactory epithelium and bulb. In the future, Melanie hopes to pursue her career in neuro-psych research. Her favorite superhero is Sherlock Holmes and her favorite smells are sandalwood and Smithwicks. 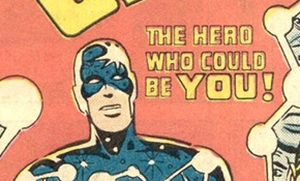 This could be you! Postdoc positions open at UPenn!