Professor of Pathology and Laboratory Medicine 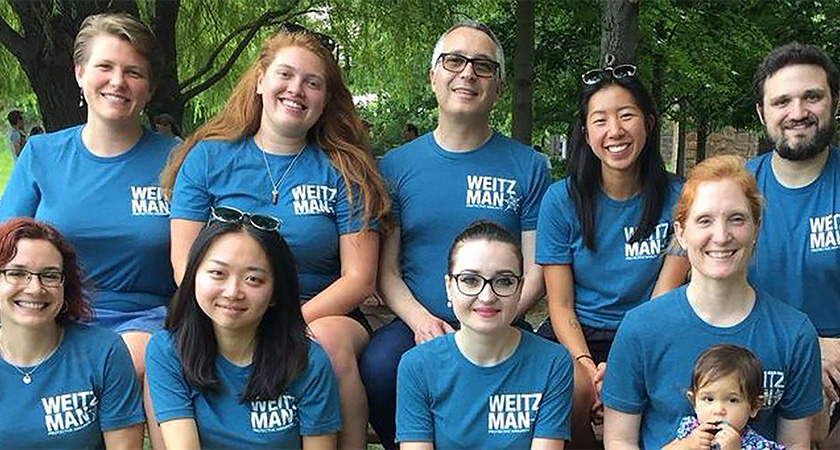 Work in my lab addresses the dynamic interactions between viruses and host cells when their genomes are in conflict. My lab pioneered the study of cellular damage sensing machinery as an intrinsic defense to virus infection. We have studied the DNA damage responses with a range of human DNA viruses and identified distinct ways that they manipulate signaling networks and DNA repair processes. Studying DNA damage as part of the cellular response to infection has opened up a new area in the biology of virus-host interactions. It has also provided a platform for interrogating cellular pathways involved in recognition and processing of DNA damage. This work revealed that the MRN complex is the mammalian sensor of DNA breaks and viral genomes, and that it is required for efficient activation of ATM/ATR damage signaling.

I have had a long-standing interest in viral and host proteins that bind DNA and chromatin. As a postdoc I used biochemical approaches to identify a recognition sequence for the Rep protein of AAV within the site-specific integration site on chromosome 19 (AAVS1). I demonstrated that Rep proteins can mediate interaction between cellular and viral DNA to promote targeted integration. We have recently employed proteomic approaches to identify proteins associated with viral DNA genomes during infection, as well as the modifications that occur to chromatin on the host genome. We have analyzed histone post-translational modifications during virus infection and shown how these are altered by viruses. We recently discovered that the histone-like protein VII encoded by Adenovirus for packaging of its genome, can also affect the composition of cellular chromatin by retaining danger signals to overcome immune signaling. We are now interested in looking at how viruses impact genome and nuclear architecture and the effects this has on gene expression.

My lab is interested in cellular responses that restrict virus replication. APOBEC3 proteins belong to a family of cytidine deaminases that provide a line of defense against retroviruses and endogenous mobile retroelements. We were the first to show that human APOBEC3A (A3A) is a catalytically active cytidine deaminase, with a preference for ssDNA. We demonstrated that A3A is a potent inhibitor of endogenous retroelements such as LINE1, and also blocks replication of single-stranded parvoviruses such as AAV and MVM. We have also shown how the SAMHD1 protein limits replication of the DNA virus HSV-1. We discovered ways that cellular DNA repair proteins can act as species-specific barriers through their interaction with viral proteins.

Proteins that mutate viral genetic material must also be carefully regulated to prevent deleterious effects on the host genome. While studying antiviral functions for A3A we discovered that the enzyme can also act on the cellular genome, inducing DNA breaks and cell cycle arrest. We suggested therefore that APOBEC proteins cause genomic instability and contribute to malignancy, and we are now studying how they are regulated to prevent inappropriate mutations. This body of work demonstrates how studying virus-host interactions can lead to insights into fundamental processes that impact cellular genomic integrity. We have recently found A3A upregulated in a subset of human leukemias and demonstrated how this provides vulnerability for targeted cancer therapies.

Our lab aims to understand host responses to virus infection, and the cellular environment encountered and manipulated by viruses. We study multiple viruses in an integrated experimental approach that combines biochemistry, molecular biology, genetics and cell biology. We have chosen viral models that provide tractable systems to investigate the dynamic interplay between viral genetic material and host defense strategies. We have used proteomic approaches to probe the dynamic interactions that take place on viral and cellular genomes during infection, and have uncovered ways that viruses manipulate histones and chromatin as they take control of cellular processes. The pathways illuminated are key to fighting diseases of viral infection, provide insights into fundamental processes that maintain genome instability, and have implications for the development of efficient viral vectors for gene therapy.